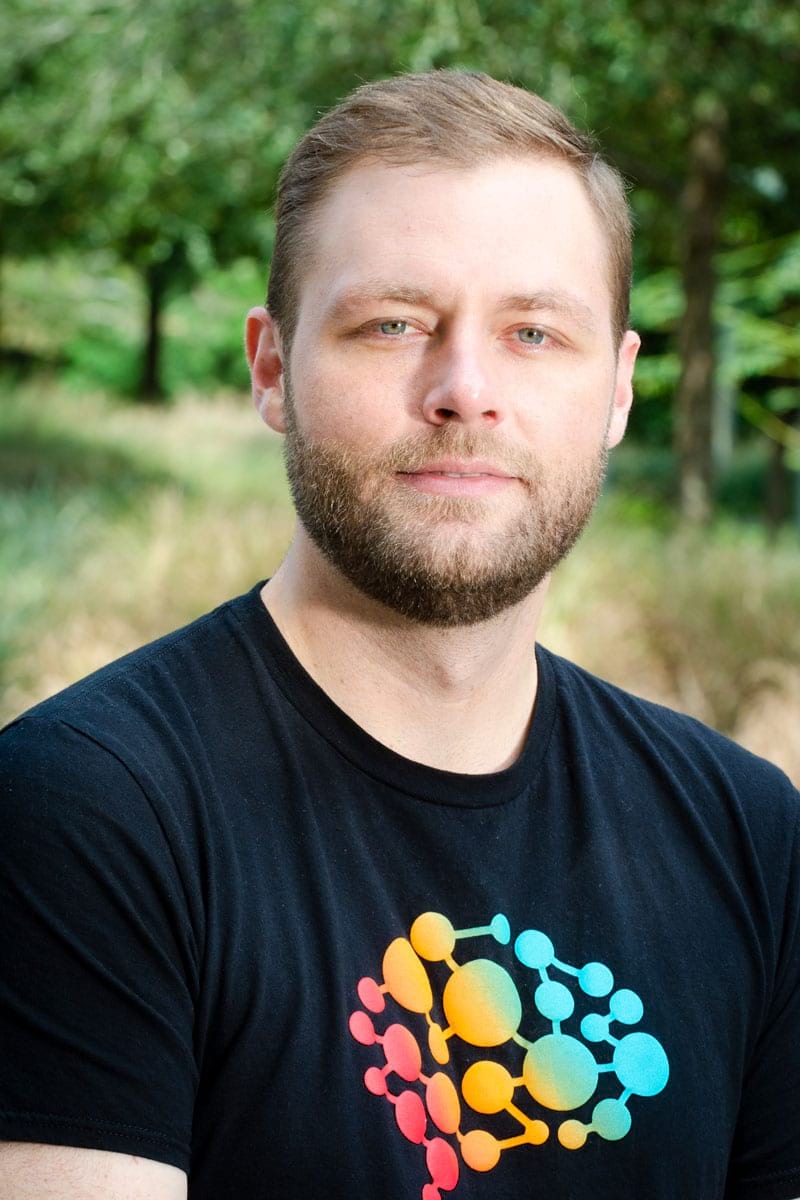 Scott works tirelessly to help startups navigate the commercial and technical landscape of clean energy. As Executive Director, he is responsible for overseeing all activities and is hyper-focused on participant companies’ success. Scott is also a member of the Halliburton Labs Advisory Board. He is passionate about our mission to advance cleaner, affordable energy and firmly believes that cultivating a thriving startup community starts with trust and inclusion. Scott built his commercial and technical acumen through his time with Dow Chemical, later Solvay and now with Halliburton. He started with Halliburton in 2014 and since then has managed multiple strategic efforts throughout his career to take new technologies from ideation to commercial success at scale. 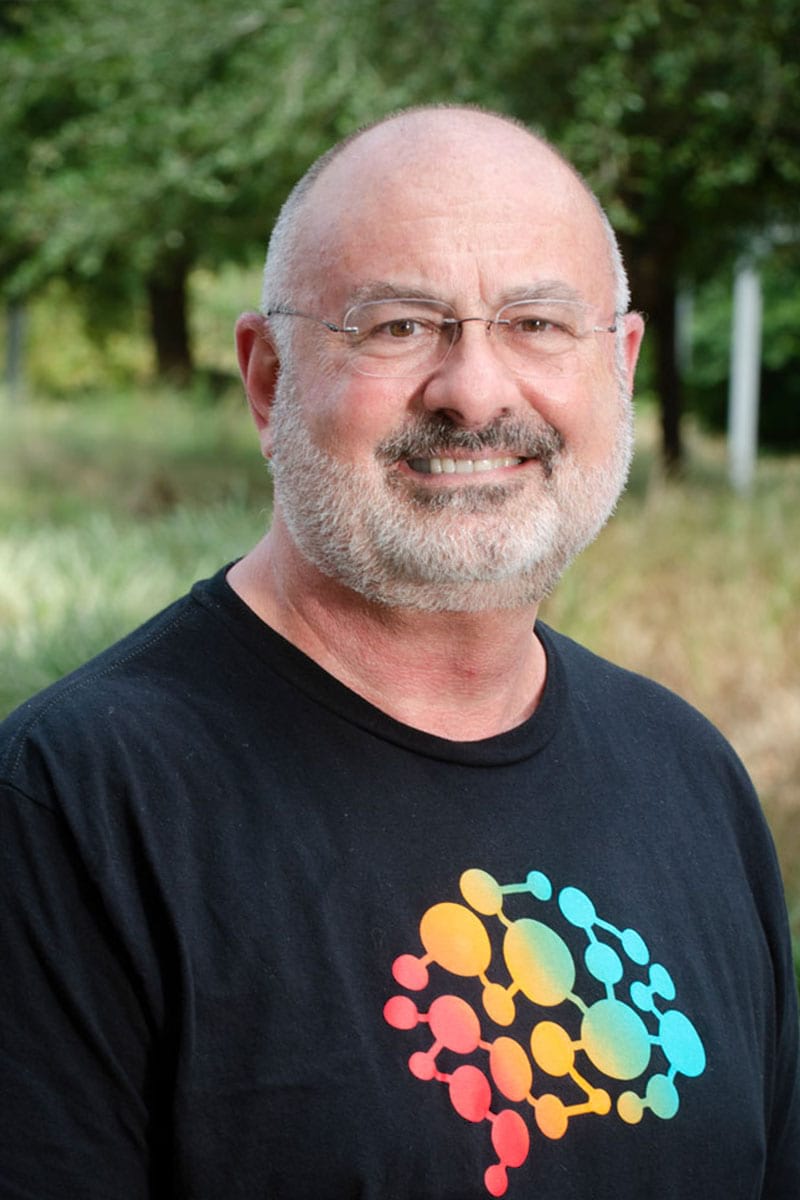 Greg joined Halliburton in 2010 as vice president of Global Technology. During his tenure, Greg revamped the Technology organization, implementing a rigorous product development process, hiring and developing talent, and driving a renewed focus on innovation. He has been instrumental in positioning Halliburton as a leader in awarded patents. In 2017, 2018, and 2019, Halliburton ranked number one in IFI’s independent ranking of US patents granted in the oil and gas sector ahead of all competitors and operators. As Innovation Mentor, Greg helps find, select and assist clean energy companies. Greg’s 40 plus years of broad industrial science and engineering experience were gained at Dupont, GE, Carrier Corporation and others. This experience with his knowledge of Halliburton are critical in supporting the Halliburton Labs community.

Greg holds a Bachelor of Science, Master of Science and Doctorate in chemical and biochemical engineering from the University of Pennsylvania. 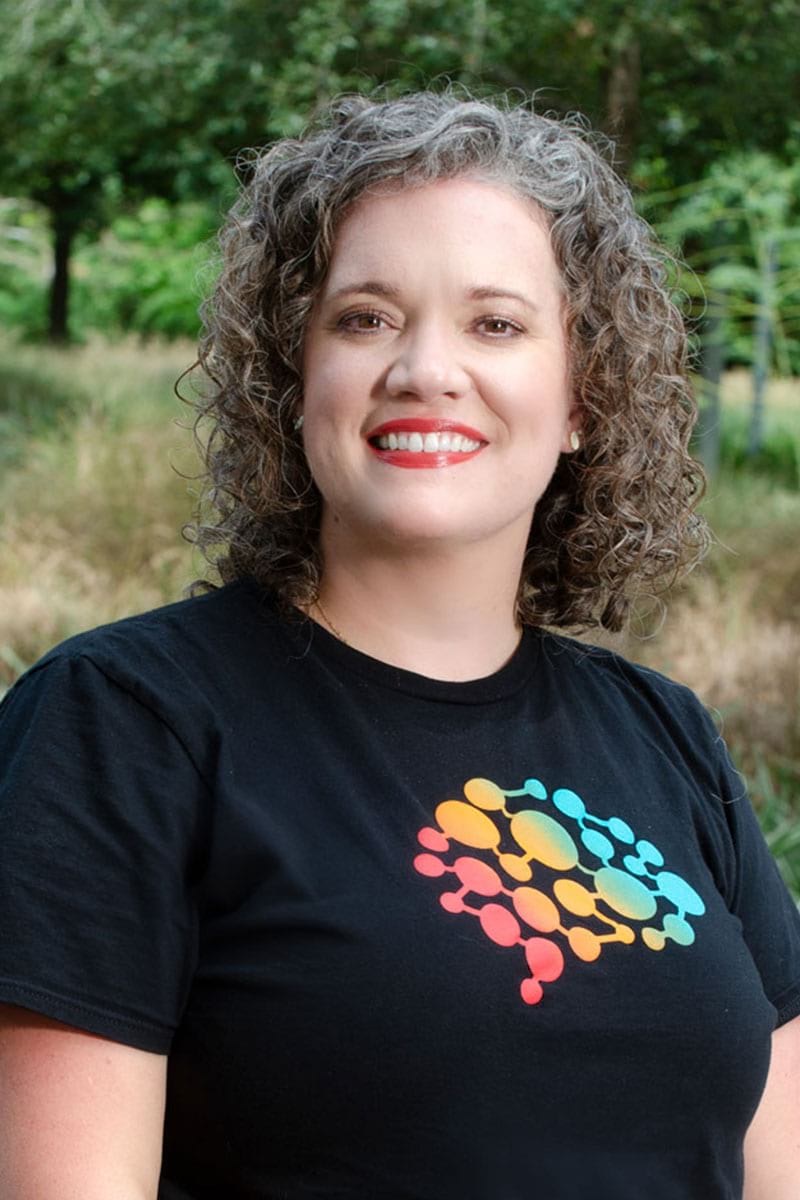 Dianna has been with Halliburton since 2000, beginning her career in the Supply Chain Management Program. From there she has held various positions in Manufacturing and Supply Chain before moving into M&A integrations where she led the integration of numerous global, multi-million dollar acquisitions. Given her experience, Dianna’s knowledge of the inner-workings of Halliburton is unparalleled, which is perfect for connecting Halliburton Labs’ participants to the broader Halliburton organization. Dianna is responsible for the day-to-day activities and the operational success of Halliburton Labs and its participant startups.

Dianna holds a bachelor’s degree in chemical engineering from Louisiana State University and has participated in executive leadership training at Texas A&M. 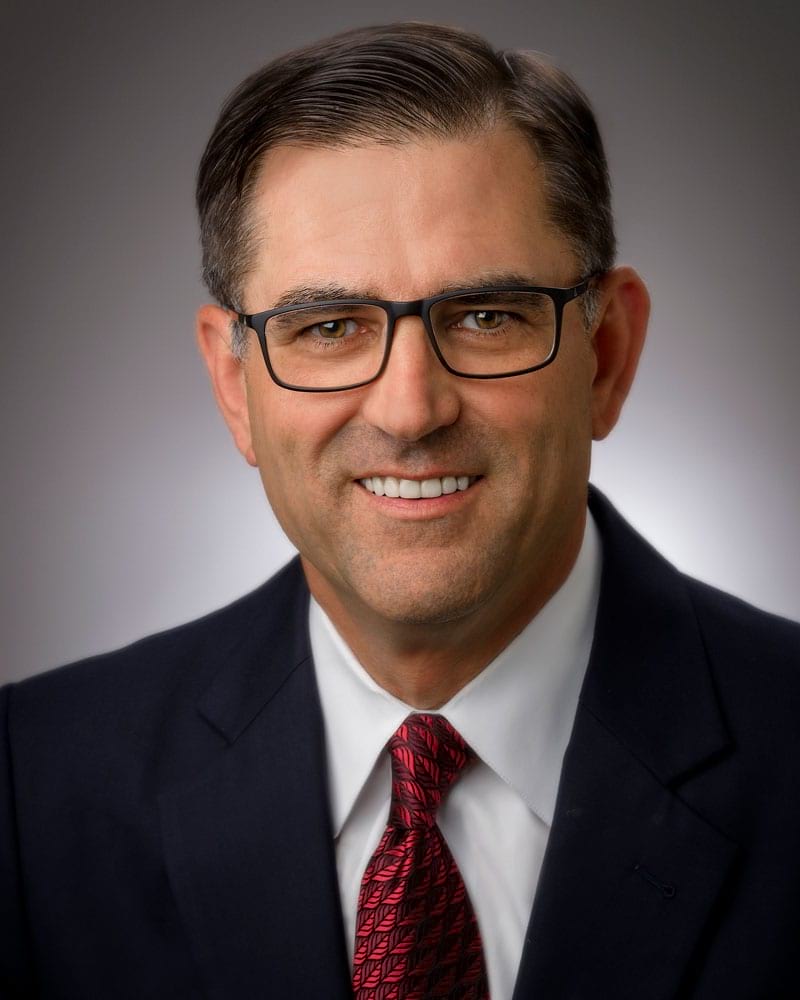 Jeff Miller is Chairman of the Board of Directors, President, and Chief Executive Officer of Halliburton, where he leads the Executive Committee.

Since joining Halliburton in 1997, Mr. Miller has served in several roles, including Chief Operating Officer. In this capacity, he was responsible for developing and executing the Company's operational strategy, and aligning short- and long-term objectives with the Company's overall strategy.

Mr. Miller holds a Bachelor of Science in agriculture and business from McNeese State University in Louisiana, and a Master of Business Administration from Texas A&M University. He is a certified public accountant and a member of the Advisory Council for Texas A&M University Dwight Look College of Engineering. 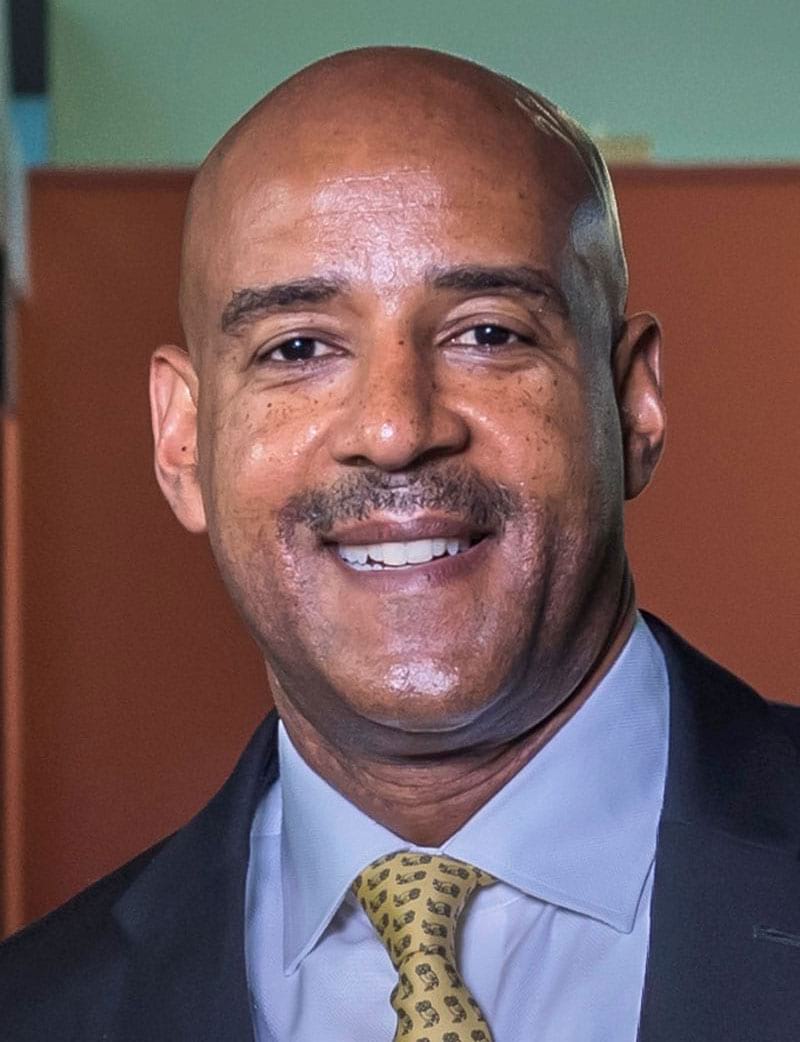 Reginald (Reggie) DesRoches is Rice University’s Provost and serves as Professor of Civil & Environmental Engineering, and Mechanical Engineering. As the University’s chief academic officer, Reggie works closely with the president to advance the University’s teaching, research, and service mission. He leads the strategic efforts to ensure that the academic and research programs are world-class, and aligned with the university’s commitment to diversity, inclusion, and equity. These responsibilities include leading academic programs and initiatives across the University’s 7 schools, which serve 7000 students, and numerous centers and institutes. He previously served as the William and Stephanie Sick Dean of Engineering at the George R. Brown School of Engineering at Rice University. In this position, he provided leadership to a top ranked engineering school with 9 departments, 140 faculty, and 2500 students.

His primary research interests are in design of resilient infrastructure systems under extreme loads and the application of smart materials, where he has published over 300 articles. Reggie is a fellow of the American Society of Civil Engineers and the society’s Structural Engineering Institute. He received the Presidential Early Career Award for Scientists and Engineers (PECASE) in 2002 — the highest honor bestowed upon scientists and engineers in the early stages of their careers. Most recently, he was a recipient of the Distinguished Arnold Kerr Lecturer Award in 2019, the John A. Blume Distinguished Lecturer in 2018, as well as the 2018 Earthquake Engineering Research Institute Distinguished Lecturer Award – one the highest honors in the earthquake engineering field. 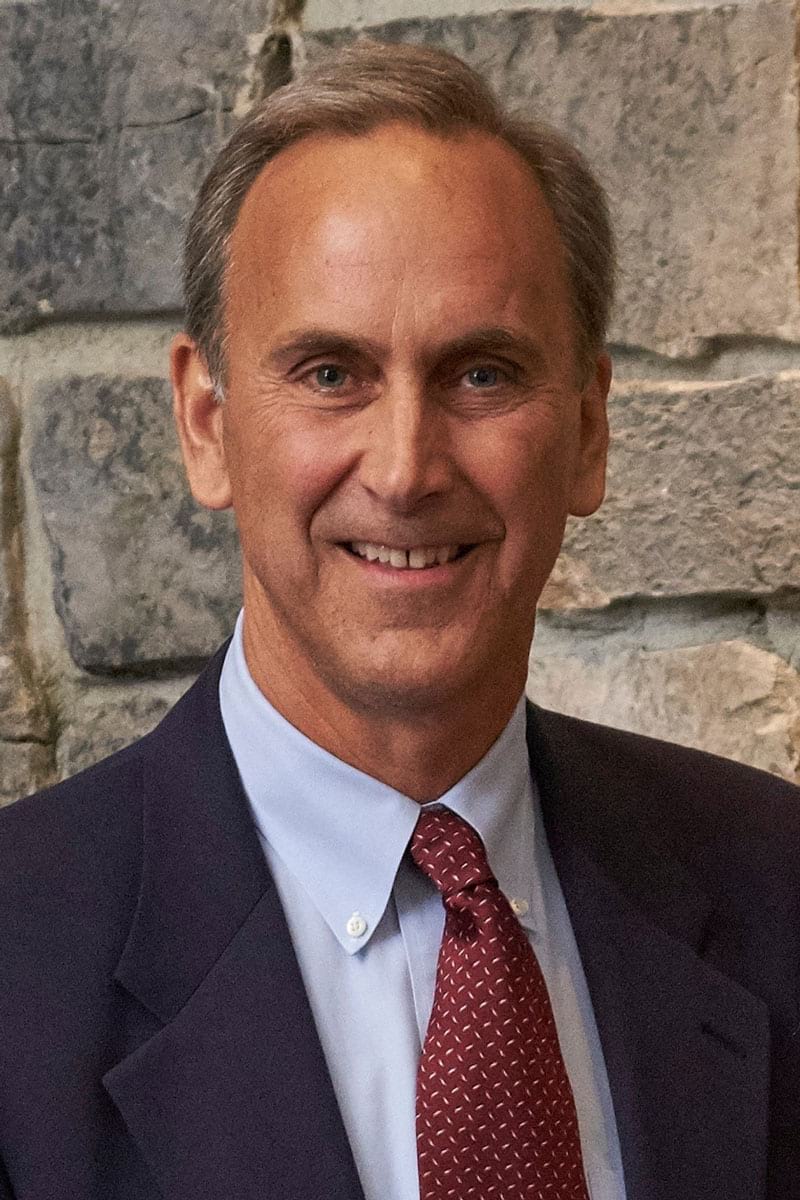 John Grotzinger is a geologist interested in the evolution of sedimentary basins, hydrocarbon reservoir systems, and the robotic exploration of Mars. He has worked in energy exploration in sedimentary basins in the northwestern Canada, northern Siberia, southern Africa, the western United States, and the middle east. He received his B.Sc. in geoscience from Hobart College in 1979, an M.Sc. in geology from the University of Montana, and a Ph.D. in geology from Virginia Polytechnic Institute and State University in 1985. He joined the MIT faculty in 1988, working on a variety of problems in sedimentary geology, including an early synthesis of microbialite reservoir systems.

In 2005, he moved from MIT to Caltech, where he is the Fletcher Jones Professor of Geology. He is a member of the U.S. National Academy of Sciences and received the 2012 Halbouty Award of the American Association of Petroleum Geologists. Between 2007-2014 he has served as the Chief Scientist for NASA’s Curiosity Mars rover mission for which he received NASA’s Distinguished Public Service Medal in 2013. From 2014-2019 he served on the Science Advisory Board for Shell International Exploration and Production. He currently serves as the Chair for Caltech’s Division of Geological and Planetary Sciences. 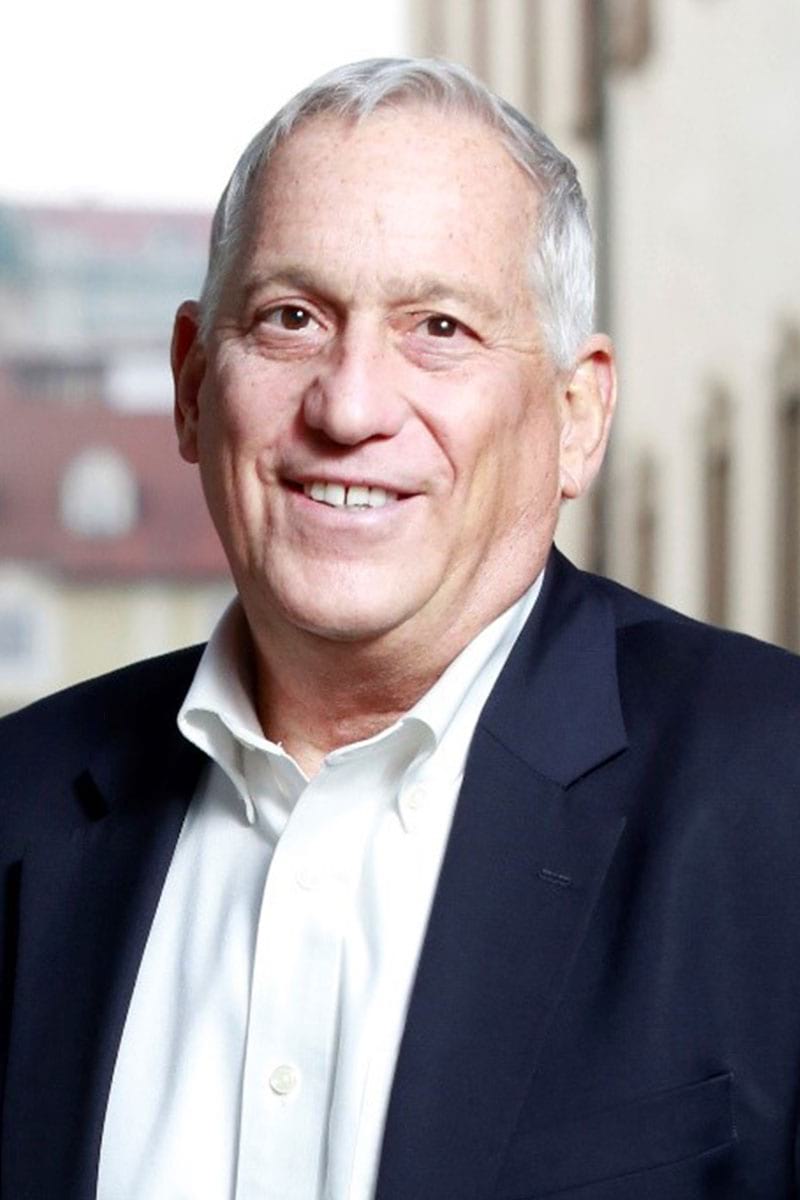 Walter Isaacson is the Leonard Lauder Professor of American History and Values at Tulane. He previously served as the chief executive officer of the Aspen Institute, where he is now a Distinguished Fellow. Mr. Isaacson has also held positions as the chairman of CNN and the editor of TIME magazine. Walter’s written works include his most recent biography, Leonardo da Vinci (2017), The Innovators: How a Group of Hackers, Geniuses, and Geeks Created the Digital Revolution (2014), Steve Jobs (2011), Einstein: His Life and Universe (2007), Benjamin Franklin: An American Life (2003), and Kissinger: A Biography (1992), and coauthor of The Wise Men: Six Friends and the World They Made (1986). He is a host of the show “Amanpour and Company” on PBS and CNN, a contributor to CNBC, and host of the podcast “Trailblazers, from Dell Technologies.” He is a graduate of Harvard College and of Pembroke College of Oxford University.

He began his career at The Sunday Times of London and then the New Orleans Times-Picayune. He joined TIME in 1978 and served as a political correspondent, national editor, and editor of digital media before becoming the magazine’s 14th editor in 1996. He became chairman and CEO of CNN in 2001, and then president and CEO of the Aspen Institute in 2003. He is chair emeritus of Teach for America. From 2005-2007 he was the vice-chair of the Louifsiana Recovery Authority, which oversaw the rebuilding after Hurricane Katrina. He was appointed by President Barack Obama and confirmed by the Senate to serve as the chairman of the Broadcasting Board of Governors, which runs Voice of America, Radio Free Europe, and other international broadcasts of the United States, a position he held from 2009 to 2012. He had been a member of the New Orleans City Planning Commission.

He is a member of the American Academy of Arts and Sciences, the Royal Society of the Arts, and the American Philosophical Society. He is a fellow of Lowell House at Harvard and of Pembroke College at Oxford. He serves on the board of United Airlines, Bloomberg Philanthropies, the Society of American Historians, New Schools for New Orleans, the U.S. Defense Department Innovation Board, and My Brother’s Keeper Alliance. He is an advisory partner at Perella Weinberg, a financial services firm based in New York City.